A letter dedicated to Cochlear America’s on behalf of our daughter who is deaf.

Gracie Jane came bursting into this world with a grand but very quiet entrance. In what felt like one fell swoop she slipped into our arms for just a few moments, quiet, breathing, perfect. I don’t remember any cries though she must have cried because her apgar score was good.

We had her without fear or worry for less than five minutes but I can still feel that contented feeling. Our daughter Grace was born minutes before midnight on Presidents Day, almost seven weeks premature, infected by a virus we would soon refer to as cCMV. But this story is not about a sick baby. This story is about a strong little girl who has had to learn to navigate a noisy world in silence but who can ALSO experience and enjoy the ability to hear thanks to two cochlear implant surgeries – the process of placing a medical device surgically within her skull.

Gracie’s first surgery wasn’t immediately scary to her. Instead of asking about the pain (that we actually discussed a lot to prepare her) she asked how many buckets of blood would come out while she was on the operating table. She literally asked “how many buckets of blood will come out during my surgery?” I stood at the sink washing dishes explaining as calmly as I could that “buckets” of blood did NOT come out of you during surgery. (Why does she think that?! I texted my Mom frantically.)

Gracie asked if they take her brains out before or after the doctor puts in the implant. (Again, what the heck?!) I assured her that her brains wouldn’t be taken out at all. She wanted to know what color the knife would be (sliver? red? blue handle?) and what the inside of her bathroom in the recovery room would look like; “do you think the toilet is right next to the sink or, like, a little bit over?”). I texted our dear friend who is a pediatric ER nurse at the Hospital to ask if she could snap me a picture of said bathroom so Gracie could examine it. She seemed pleased to know that all essential components of a good bathroom were present and accounted for. These are the conversations we had with our then 5 year old about her upcoming cochlear implant surgery.

Fast far forward to her first activation day. At that time we were prepping to activate the Cochlear America’s N6 device (she’s since upgraded to two N7’s). It had been five weeks since the week of her surgery and even though she was completely healed I saw her in my rear view mirror gingerly trace the lines of her implant over and over as we drove back to the hospital.

My usually chatty boisterous little girl was quiet and her face was serious. I’m sure she was considering what would happen in the next hour now that she had experienced the pain of surgery and recovery (not that it was anything that terrible to be honest). She walked into the hospital with apprehension but purpose and plastered a very serious look on her little face. Our girl did every little thing her much-beloved audiologist asked of her. She was patient and calm. There were sheepish smiles, careful nods and lots of hugs-for-reassurance that day in the office at children’s hospital. She gave lots of Daddy squeezes and glances toward Mommy but not a viral-you-tube-worthy ACTIVATION DAY response. There often isn’t one. But my insides were REELING with what this new journey would be like. Would she like this new sound? Is she happy we went through this for her?

We pulled into our driveway that same afternoon and Gracie said “Mom!” She was straining to lean over the side of her car seat to see down to the ground out of her car window. She could hear the tires crunching on the gravel. I signed “wow!” Into the rearview mirror. She watched her feet as she walked into the house.

We got in the house together and I tried to act casual. I wanted to pick her up and squeeze her little bones and turn on her favorite music. But instead I set my bag down and gave her some space. I helped her sisters with whatever was going on in that moment; shoes, help with a toy or a book or something I can’t remember. She got a snack off the shelf  and a water bottle, totally nonchalant. She went to wash her hands and started calling me “Mom! Mom!” I went running into the bathroom (thought the implant fell in the toilet to be completely honest).

She was standing at the sink turning the faucet on and off and on and off over and over again. She didn’t say anything just kept looking from me to the rushing water and back to me, eyes as wide as frisbees. I couldn’t even get any words out I just smiled and shared in her wonder-filled expression. I would’ve thought the faucet to be one of the sounds she heard easily with hearing aids. Maybe it was different now. It was definitely different.

Gracie climbed up onto the barstool and opened her water bottle – “HA! Oh my gosh!” She said. And I’ll never ever forget it, “Mom did you HEAR that?! My water bottle CRACKED right open!” She was positively DELIGHTED by the sound. “Can I open another one?” We opened an entire case of water bottles that afternoon and every water bottle I’ve twisted open since that afternoon makes me pause for just a moment. A tiny sound in a big wide world but a tiny sound, that to her, would always be worth hearing.

Last summer we traveled to Costa Rica. The time difference, while subtle, had my little crew of already-early-risers up before dawn. Luckily the 24 hour coffee shop was always glowing with open doors. Grabbing a 4am coffee in the incredible rainforest-by-the-beach wasn’t so hard. Our first morning there the girls and I decided to head to the beach and see the sunrise. We had to make it down quite a few enormous flights of marble stairs so we took our time.

At the bottom of one of the big staircases I glanced behind me to make sure all the girls were near but Grace wasn’t with me. I only felt mom-nerves for just a single half second before my eyes found her back at the top of the steps. She had actually sat down rooted to the spot as she looked around and around. “Mom, I hear ALL of that. Do you hear it too?” She said so softly, hands gesturing all around. She signed “what” and with the help of big sister Lilly we named what all could be making the amazing sounds we were hearing in the trees. Frogs, monkeys, insects, raccoons, birds- so many birds. The wind and the waterfalls of the resort pools and the gentle crashing of the ocean waves.

Life as a first grader with cochlear implants

Grace is turning 7 soon. She has a second implant and has transferred from her school for the deaf to a mainstream public elementary school. First grade has brought the challenge of push in and pull out services and an environment of hearing peers. The safety net of friends-we-know (preschool friends and adults who hear like Grace and who have been in our lives since Grace was a baby) was replaced by a community of kids that hear and learn often differently than she does but who fully embrace her and support her efforts just like any of the other kids.

We aren’t lucky that Gracie has two cochlear implants.  These devices in our beautiful girls head do not exist because of luck but rather are there because of deliberate choices my husband and I had to make in the best interests of one unique and completely perfect individual person. Brandon and I made a decision for our child based on her natural gifts, talents and strengths- a little girl who grew up with one foot in the hearing world (loving it) until she was four years old while the other foot (also loving it) strayed across the line to hang out in the Deaf Community we’ve come to care so much about. We want both for her as we always have since day one.

Last week Gracie came home from school on Library day proudly clutching two books about Philadelphia (where I’m from and where much of my family still lives). One book about The Eagles football team and one about Philadelphia landmarks. She told me she was going to check out every book they had on Philadelphia – the city she equates to some of her favorite people in the whole world (my Mom and Dad to name a few). She set the books down on the washing machine then asked, “do all people from Philadephia say ‘AR-ange’?” I must’ve looked confused because she went on to say “people from Pittsburgh say “OR-ange” and I must’ve made another face because she quickly said “really Mom they do!” And I laughed. “Ar-ange, or-ange…” we both said it both ways over and over.

We live in a world where people who are Deaf can hear the nuance of city dialects and distinguish those sounds as different – think about how incredible that is. It actually just blows my mind daily. Cochlear America’s technology is incredible.

Cochlear America’s are just one piece of the puzzle.

But cochlear implants are not the only way. Children desperately need access to language in any form from the very beginning of their lives. Children need a way to effectively communicate and be able to express themselves and feel heard. Children need to be able to learn about the world around them to grow up healthy inside of it.

For our child this meant asl AND cochlear implants. Spoken language and a visual language.  Cochlear America’s is just one part of our daughters story but one we are continually grateful for. Because of their incredible technology and commitment to providing language access to kids like Gracie, she can grow up with options and with choices. Her story has unfolded in a beautiful and unexpected way but she’s already touched the lives of so many people.

And I think this journey has still barely just begun.

If you read all the way this far, thank you. Thank you Cochlear America’s for providing amazing technology that so deeply impacts my child’s existence. Thank you to the people who enjoy learning about Gracie and people like her. Thank you to our family for so much support and love. We always say she’s going to change the world but it’s possible she already has.

Happy 7th birthday little love. We love you more than you’ll ever know.

If you are here looking for more information or stories about cochlear implant success stories you might enjoy the Cochlear America’s hear and now blog. 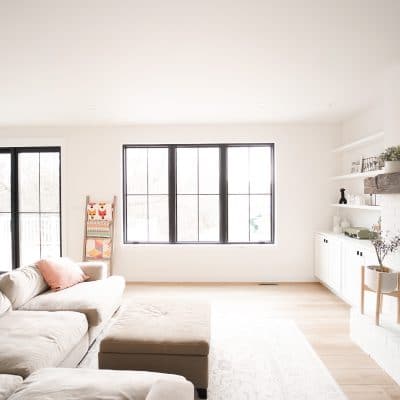 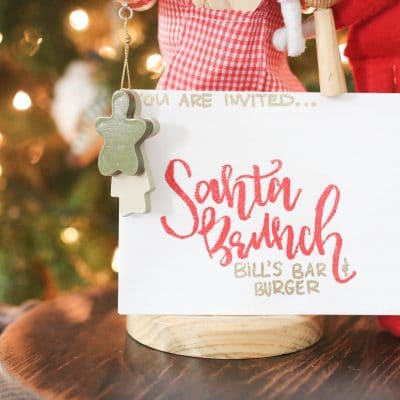